It’s been a harrowing week for a lot of reasons, so it came an uplifting change to go to the movies last night to catch Bohemian Rhapsody. The film is not perfect (plenty of anachronisms and factual inaccuracies if IMDB is to be believed) but definitely good show and the performances are excellent, particularly capturing the band’s physical presence on stage. It also inspired this week’s theme.

Way back, the ABC Songwriters’ Circle, show #3 (November 7, 2017) had three uniquely talented musicians on stage: Tyler Ellis, m.e. law, and Jessica Stuart. A brief summary of the evening is in the blog that followed the show.

Just recently, a film has been released that documents Jessica’s search for a childhood friend when she lived in Japan. Produced by Loud Roar Productions in conjunction with CBC Docs, Finding Fukue is a beautifully realized and inspiring 20-minute film that celebrates how true friendship can bridge both distance and time. Jessica is featured of course, but so is her music in the doc’s soundtrack. I have embedded Finding Fukue below and encourage you to watch.

Jessica Stuart will next be performing at the Dakota Tavern for a series called ‘Therapy’ (usually the first Thursday of the month), but this time on Wednesday, December 5, featuring The Jessica Stuart Few (including koto), with Moves and Montréal group Gabi Tomé.

m.e. law has shows scheduled for early 2019, which I hope to update you with as details are confirmed.

Tyler Ellis is performing with his band the Eddy Line and special guests on Saturday, December 8, 2018 at Dora Keogh.

All are well worth catching, Maybe I’ll see you there. Be well!

So let’s jump in!

Although this week was a hard one due to long days at work (long term contract – still officially “retired”), I had to make time to catch some live music. 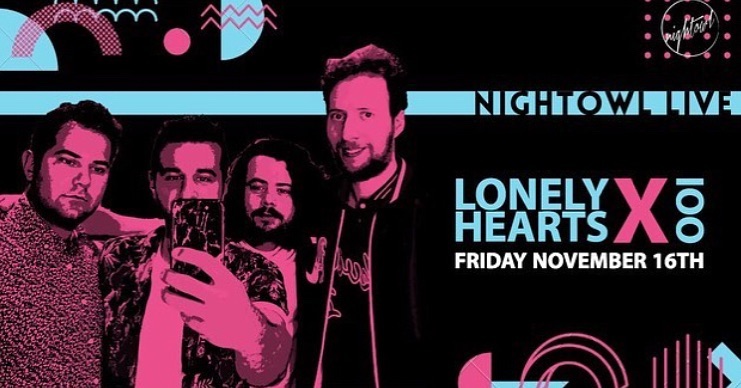 What better then than the 100th Nightowl show for The Lonely Hearts, about whom I have written before. The Lonely Hearts are an original cover band. If that sounds incongruent, let me explain.

Some cover bands approach the material and attempt to play it as closely as possible to the original. This is fine. The LH prefer to select crowd-pleasing songs, and deliver their essence, dotted occasionally with mash-ups for interest, and inject their own feel into them. An example would be the way they cover Sixpence None the Richer‘s Kiss Me, taking a great catchy jangly-guitar pop song and rocking it further up with a grittier and punchier approach. It’s also a great showcase for Omar Saab’s vocals, as this is originally a song performed by female vocalist Leigh Nash.

FatC was there in full force to celebrate the 100th show, and watch the band perform to packed house, which included a video and audio recording crew.

For a sample of the Lonely Hearts sounds, check out the promo reel below. The audience reactions are genuine, and if anything, the live shows I’ve attended are even more energetic.

On our way back to the east end after leaving the Nightowl show, FatC drummer Chris Bender and I stopped in briefly to catch the end of the always excellent Friday Night Blues Jam, hosted by Mike Sedgwick and Robin Hutchison at the Salty Dog. Regrettably, I missed the feature set by the very talented Sam Taylor, aka Little Magic Sam, but we had a chance to connect and talk a bit. Once my day job commitment end (6:15 rise + one hour commute to work is not fun), I may be able to get out there and catch more of Sam’s shows.

Just a reminder we have a few shows coming up in December, plus freshly confirmed shows in the new year at the Linsmore and Relish. Please check the sidebar, subscribe to this site and be on the lookout on social media for event announcements!

This will be the final instalment of the diary, for now. Perhaps the next ones will be on the recording the Cats and I are working on. Should be fun!

This recording features Leanna Yamada, whom I’ve written about on before, notably here and here. Leanna also appeared at the ABC Songwriters’ Circle back in March of this year. Here is her bio. 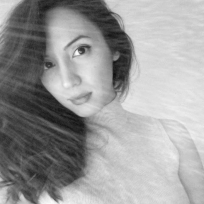 Leanna Yamada is a Toronto-based singer and songwriter. You can usually find her playing around the city with her band, which includes her creative partner and lead guitarist Chuck Majic. Together they write popular music with folk, blues and jazz influences. Leanna will taking advantage of the Songwriters’ Circle to introduce more personal material she has written as a solo artist, which comments on her own life experiences. (show #18 – March 13, 2018)

Leanna and I met when she started working at a school in North York. As we discovered we were both songwriters, this became a frequent topic of discussion. From there, catching each other’s shows followed. As I was starting to develop ManCave, I asked Leanna and Chuck Majic (her guitarist in the current project at the time) whether they would be interested in having some recordings done at my fledgling studio. They agreed, and were able to put down a few songs with her band.

Fast forward to a few months ago… Leanna had a collection of romantic songs better suited to a keyboard-driven approach. We agreed to see what they could sound like fully produced.

This one is my favourite. Early in the recording of it, I suggested that real strings would sound amazing on it. Leanna had been thinking the same and knew an amazing musician to fit the bill. Enter Daniela Gassi on violin and viola.

Daniela plays viola regularly in the Sudbury Symphony Orchestra, as well as in semi-professional orchestras in and around Toronto.  She also performs with Brampton Music Theatre, playing violin in the pit orchestra for their musical productions. Outside of the classical realm, Daniela also performs as part of pop rock ensemble Three Seasons and the Move, and plays violin in many other indie bands, most recently with Ryan Bonner (Tides On Earth) and with Leanna live.

The concept from the beginning was to make the arrangement as sparse as possible to feature Leanna’s singing, but have a rich tone. Keyboard and vocals were done first, then strings were added at a later date. That session was a very creative one, where Daniela  doubled the signature piano riff, added harmony, and counterpoint to further enhance the song. Finally I played bass in a few spots.

I’ll have more to say about this show in a blog later, but for those who like to plan ahead, December 18 at The Duke Live should definitely be on your calendar!

I had hoped to post about another recording at the ManCave this week, but things are on hold until SOCAN registration can be established. 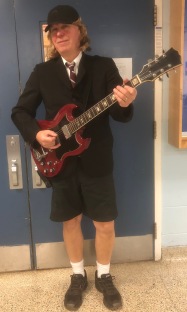 In the meantime, for your amusement, here I am trying to channel AC/DC‘s Angus Young for Halloween at the school where I have been working for the last few weeks.

None of the kids got who I was, except one “old soul”. The closest from the rest were a few who said, “You’re that guy from School of Rock.” Close enough.

I think I’ve got the look more or less right, but not the intensely snarly attitude. Nobody does it like Angus.

Which reminds me of an oft reprised topic of discussion: can (or better still – should) you play guitar wearing shorts, unless you are Angus or Jimmy Buffett. Discuss…

Anyway, that’s all for this week!