The band had a great time last night at Relish Bar and Grill. Thanks to the folks who resisted the urge to coccoon and those who were there for Noah Zacharin and kindly struck around.

As a noteworthy aside, a distant second (twice removed?) cousin from the St. Pierre side of the family made a special trip out to the show! Thomas is the grandson of my uncle Georges’ brother in law (there will be a short quiz at the end of this blog). I have posted about that family before, and am reposting a picture of Thomas’ grandpapa’s brother (great uncle?) Georges St. Pierre on banjo at Lac Jerry sometime in the 60s. That’s me in short pants.

While we waited to set up, the band had a chance to fully appreciate Noah Zacharin’s stunning guitar skills and songwriting prowess. Noah is a widely acclaimed guitar master, multi-genre songwriter, and dynamic performer. According to his bio, he was given his first guitar at age 9, wrote his first song at 13, and began performing at 14. In December 2015, Zacharin became a full-time recording and touring musician. Born in Montreal (which explains why he spoke with me in French), Zacharin splits his time between Toronto, the road, and an off-grid cabin on the Canadian Shield. It was a thrill to hear him in such an intimate context and I invite you to check out his music at the link provided above.

And speaking of intimate settings, another of the great shows I caught at Winterfolk last weekend was a transcendent performance by jazz vocalist Simone Morris and guitarist Mike Freedman. I had the honour to MC the final evening on the cozy third floor at the Black Swan and introduce these two accomplished musicians as the final act of the festival in that venue. Can’t thank them enough for that unforgettable evening! 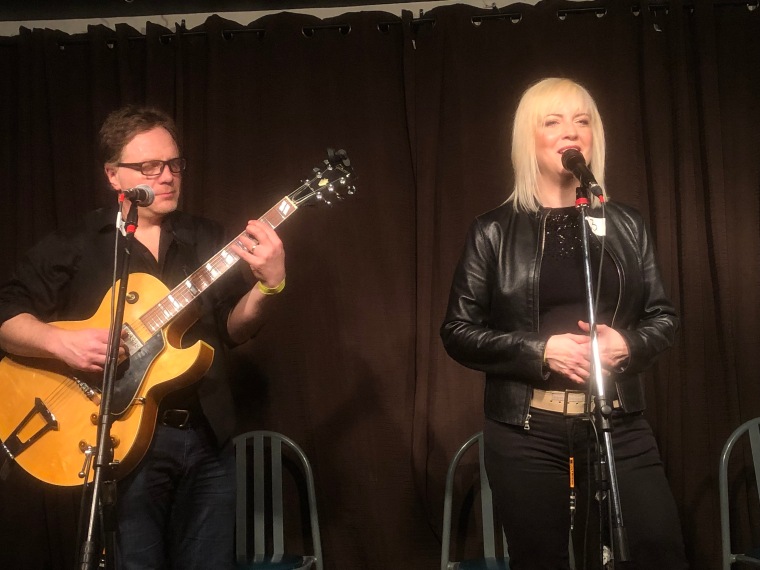 One of the songs we played last night was an ode to Relish, which was put together last year following a challenge by David Macmichael and Paul Brennan, the hosts of the Stir It Up Sunday open mic. A few people answered the call, Jace Traz and Dan Boggs notably. This is a demo of my attempt. I hope you like it.